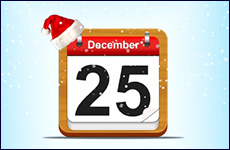 1.   When was Jesus born?
•A.    Popular myth puts his birth on December 25th in the year 1 C.E.
•B.    The New Testament gives no date or year for Jesus’ birth.  The earliest gospel – St. Mark’s, written about 65 CE – begins with the baptism of an adult Jesus. This suggests that the earliest Christians lacked interest in or knowledge of Jesus’ birthdate.
•C.    The year of Jesus birth was determined by Dionysius Exiguus, a Scythian monk, “abbot of a Roman monastery.  His calculation went as follows:

•D.    Joseph A. Fitzmyer – Professor Emeritus of Biblical Studies at the Catholic University of America, member of the Pontifical Biblical Commission, and former president of the Catholic Biblical Association – writing in the Catholic Church’s official commentary on the New Testament[1], writes about the date of Jesus’ birth, “Though the year [of Jesus birth is not reckoned with certainty, the birth did not occur in AD 1.  The Christian era, supposed to have its starting point in the year of Jesus birth, is based on a miscalculation introduced ca. 533 by Dionysius Exiguus.”
•E.    The DePascha Computus, an anonymous document believed to have been written in North Africa around 243 CE, placed Jesus birth on March 28.  Clement, a bishop of Alexandria (d. ca. 215 CE), thought Jesus was born on November 18.  Based on historical records, Fitzmyer guesses that Jesus birth occurred on September 11, 3 BCE.

2. How Did Christmas Come to Be Celebrated on December 25?
•A.    Roman pagans first introduced the holiday of Saturnalia, a week long period of lawlessness celebrated between December 17-25.  During this period, Roman courts were closed, and Roman law dictated that no one could be punished for damaging property or injuring people during the weeklong celebration. The festival began when Roman authorities chose “an enemy of the Roman people” to represent the “Lord of Misrule.”  Each Roman community selected a victim whom they forced to indulge in food and other physical pleasures throughout the week.  At the festival’s conclusion, December 25th, Roman authorities believed they were destroying the forces of darkness by brutally murdering this innocent man or woman.

•B.    The ancient Greek writer poet and historian Lucian (in his dialogue entitled Saturnalia) describes the festival’s observance in his time.  In addition to human sacrifice, he mentions these customs: widespread intoxication; going from house to house while singing naked; rape and other sexual license; and consuming human-shaped biscuits (still produced in some English and most German bakeries during the Christmas season).

•C.    In the 4th century CE, Christianity imported the Saturnalia festival hoping to take the pagan masses in with it.  Christian leaders succeeded in converting to Christianity large numbers of pagans by promising them that they could continue to celebrate the Saturnalia as Christians.[2]

•D.    The problem was that there was nothing intrinsically Christian about Saturnalia. To remedy this, these Christian leaders named Saturnalia’s concluding day, December 25th, to be Jesus’ birthday.

•E.    Christians had little success, however, refining the practices of Saturnalia.  As Stephen Nissenbaum, professor history at the University of Massachussetts, Amherst, writes, “In return for ensuring massive observance of the anniversary of the Savior’s birth by assigning it to this resonant date, the Church for its part tacitly agreed to allow the holiday to be celebrated more or less the way it had always been.” The earliest Christmas holidays were celebrated by drinking, sexual indulgence, singing naked in the streets (a precursor of modern caroling), etc.

•F.    The Reverend Increase Mather of Boston observed in 1687 that “the early Christians who  first observed the Nativity on December 25 did not do so thinking that Christ was born in that Month, but because the Heathens’ Saturnalia was at that time kept in Rome, and they were willing to have those Pagan Holidays metamorphosed into Christian ones.”[3]  Because of its known pagan origin, Christmas was banned by the Puritans and its observance was illegal in Massachusetts between 1659 and 1681.[4]  However, Christmas was and still is celebrated by most Christians.

•G.    Some of the most depraved customs of the Saturnalia carnival were intentionally revived by the Catholic Church in 1466 when Pope Paul II, for the amusement of his Roman citizens, forced Jews to race naked through the streets of the city.  An eyewitness account reports, “Before they were to run, the Jews were richly fed, so as to make the race more difficult for them and at the same time more amusing for spectators.  They ran… amid Rome’s taunting shrieks and peals of laughter, while the Holy Father stood upon a richly ornamented balcony and laughed heartily.”[5]

•H.    As part of the Saturnalia carnival throughout the 18th and 19th centuries CE, rabbis of the ghetto in Rome were forced to wear clownish outfits and march through the city streets to the jeers of the crowd, pelted by a variety of missiles. When the Jewish community of Rome sent a petition in1836 to Pope Gregory XVI begging him to stop the annual Saturnalia abuse of the Jewish community, he responded, “It is not opportune to make any innovation.”[6]  On December 25, 1881, Christian leaders whipped the Polish masses into Antisemitic frenzies that led to riots across the country.  In Warsaw 12 Jews were brutally murdered, huge numbers maimed, and many Jewish women were raped.  Two million rubles worth of property was destroyed.

3. The Origins of Christmas Customs
•A.    Christmas Trees: Just as early Christians recruited Roman pagans by associating Christmas with the Saturnalia, so too worshippers of the Asheira cult and its offshoots were recruited by the Church sanctioning “Christmas Trees“.[7]  Pagans had long worshipped trees in the forest, or brought them into their homes and decorated them, and this observance was adopted and painted with a Christian veneer by the Church.

•B.    Mistletoe: Norse mythology recounts how the god Balder was killed using a mistletoe arrow by his rival god Hoder while fighting for the female Nanna.  Druid rituals use mistletoe to poison their human sacrificial victim.[8]  The Christian custom of “kissing under the mistletoe” is a later synthesis of the sexual license of Saturnalia with the Druidic sacrificial cult.[9]

•C.    Christmas Presents: In pre-Christian Rome, the emperors compelled their most despised citizens to bring offerings and gifts during the Saturnalia (in December) and Kalends (in January).  Later, this ritual expanded to include gift-giving among the general populace.  The Catholic Church gave this custom a Christian flavor by re-rooting it in the supposed gift-giving of Saint Nicholas (see below).[10]